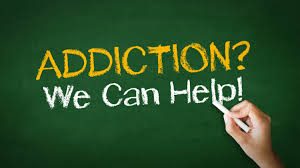 Why Are Some Drugs Addictive – understanding addiction from a holistic approach

Not all drugs are the same, and not all addiction works in the same way, this is why a holistic approach to understanding addiction is important. There are many different kinds of drugs out there – and they all have the ability to make those who abuse them an addict. Not only can they make a person taking them feel great whilst the effects last, they can also make your body think that the narcotic substances are needed, and therefore the person begins to depend on having them both physically and mentally.

Once a person begins to take drugs, their brain begins to form a dependency for the substance. And, even if he or she knows of the harmful consequences that abusing them further can cause, they may not be able to quit.

Holistic therapies can be utilised for addiction such as counselling, yoga, transcendental meditation, therapeutic acupuncture, and remedial massage. These can augment more traditional addiction treatment therapies, rehab and detox. But in doing so a holistic understanding to addiction needs to be implemented: this is known as the holistic approach to addiction.

What is addiction? A Holistic Understanding.

Even though some drugs may affect your brain and body differently to others, they all do so in much the same way. The substance activates what is called the brain’s ‘reward circuit’, by increasing the amount of dopamine (a neurotransmitter, which is a kind of chemical that transmits signals between the brain’s neurons) which is released.

Dopamine is freed from neurons in the brain’s key areas. It is usually released after something pleasurable, like after you’ve finished eating a nice meal or had sex, but narcotic substances can also discharge it. When dopamine is released by the cause of drugs, it’s known as the ‘high’, which can make people want to take it again.

If somebody takes the substance regularly, then their brain begins to release less dopamine. This is because, as their brain adjusts to having it released, it begins to make less of the chemical which is needed to achieve the feeling of being high.

This can make the person want take stronger doses and consume it more often, so that they can reach the intense pleasurable feeling.

How drug addiction affects a person in other ways

Once somebody has felt the pleasure of the ‘high’, they can also begin to feel less of it when doing other things, such as eating or even social activities which they once enjoyed. The brain of a person who abuses drugs alters, too.

Over time, it begins to affect the sufferer’s self-control – and it can also cause them to be unable to resist the urge to take more of the narcotics.

This can also affect their behaviour, as they may even start to care more about their drug intake than their loved ones. They may steal from those they care about and others to fund their addiction, too.